Inspiring Those That Inspire Others

Brendan King is a dynamic speaker, entrepreneur, Amazon best-selling author, veteran, and one of today’s most respected voices in conflict resolution and crisis prevention.

The protagonist of his own comeback story, Mr. King began his journey as a high school dropout struggling with addiction, depression, and juvenile crime. After surviving a suicide attempt at 17, Mr. King’s eyes opened to the severity of his circumstances. With the help of police, his family, and a 12-step program, he sobered up and began to take his life back.

However, building a future with such a complex past didn’t come easily. After working with at-risk youth at a drug treatment and mental health facility for 8 years, Mr. King dreamed of a career in law enforcement—but due to the decisions he’d made as a teenager, all seven departments he applied to turned him down. Hoping to add some positive weight to his record, Mr. King joined the Marine Corps. In 2003, he was deployed to Iraq.

While serving in Operation Iraqi Freedom and Operation Enduring Freedom, Mr. King brainstormed his post-military career. Upon returning home, he launched Crisis Consultant Group (CCG)—an organization specializing in workplace violence prevention and de-escalation training.  At around the same time, he was offered a Deputy Sheriff position in his hometown. From there, Mr. King went on to earn several achievement awards, become a Sheepdog, gain experience in corrections, patrol, and SERT, and hold entry and sniper positions, all while continuing to grow CCG.

And that’s just the tip of the iceberg.

As the founder and CEO of CCG, Mr. King has spent over two decades working to make the world a safer place. His expertise in workplace violence prevention has empowered more than 360,000 individuals across over 16 industries and 39 states/countries to think more critically about crisis prevention and de-escalation.

As a natural followup to his work with CCG, Mr. King launched his second company, Entrehow, which focuses on providing education and coaching for law enforcement professionals who want to take their training beyond the beat to launch their own businesses.

Most recently, Mr. King has grown his third separate-but-related organization, R.I.S.E., at a blinding pace. An acronym for Ruthless Integrity & Simple Execution, R.I.S.E. is dedicated to helping everyday people overcome burnout, regain their clarity and motivation, and connect the dots between the lives they have and the lives they want to be living.

As a speaker, Mr. King is often requested for keynote addresses, custom courses, online interviews, and staged events. Especially passionate about speaking to other service-minded individuals, he’s known for his unique ability to engage and inspire large or even resistant audiences with his high-energy stories and riveting reminders that we all possess the ability to learn, transform, and overcome.

A sought-after resource for global Fortune 500 companies, federal, state, and local governments, and small-to-midsize businesses alike, Mr. King has been featured by such esteemed media outlets as Washington Post, CBS News, NPR, and many others. His diverse life experiences and professional education in fields including mental health, criminal justice, probation, corrections, law enforcement, entrepreneurship, and military combat truly make him a speaker like no other.

With a global reach of over 350,000, Crisis Consultant Group is one of the most widely respected voices in de-escalation and conflict resolution. Leading the crisis prevention training industry for over 15 years, CCG is dedicated to making the world a safer place by empowering everyday people with extraordinary strategies.

As an Iraq War veteran and former law enforcement professional, Brendan King is no stranger to the confusing process of transferring military and law enforcement skills to the civilian workforce. That’s why he launched Entrehow: A training program uniquely designed to help law enforcement professionals launch their own businesses. Through a combination of raw, honest guidance and step-by-step video instruction, Mr. King teaches his students how to tackle life beyond the beat and build a business from the ground up.

Ruthless Integrity & Simple Execution: We believe these are the keys to success in every area of life. No matter what one hopes to achieve, being ruthlessly committed to living with integrity and simply executing daily discipline is paramount. Through R.I.S.E., Brendan King motivates people from all walks of life to optimize their health, relationships, career, and personal goals so they can reconnect with themselves, eradicate stagnation, and pursue the life they truly want to live.

Learn How. Know When.

For When It’s Finally Time to Leave the Uniform Behind.

The 15 Fundamental Laws of De-escalation:

How To Put Out Fires, Not Start Them

The 15 Fundamental Laws of De-escalation: How to Put Out Fires, Not Start Them is the layman’s guide to life’s most terrifying moments. Drawing from his professional experience in military combat, law enforcement, criminal justice, and mental health, author Brendan King shares his most profound takeaways on mitigating risk when dealing with dangerous and/or aggressive people.
Through his approachable and accessible storytelling style, Mr. King teaches readers the fundamental laws of de-escalation and the importance of basic de-escalation skills, as well as more advanced de-escalation techniques. Suitable for professionals in high-risk careers (like social work, security, or psychiatric services), those who work in public spaces (like schools, religious institutions, retail stores, or offices), or people with a general interest in crisis prevention, this book is a must-read for anyone who wants to enhance their ability to resolve conflict using the safest and most effective strategies possible.

Whether you’re a business owner looking for crisis prevention training, an events specialist looking for your next speaker, or a law enforcement officer prepping for your next professional venture, Brendan King is here to help. Select the option that best fits your goals to discover how Mr. King can help you turn them into realities.

We can’t control the world around us—but we can be ready. Find out how CCG can train your organization to resolve conflict, prevent crises, and respond effectively in the face of danger.

Life after the uniform starts here. Get the strategies Brendan King used to build Crisis Consultant Group, Inc. while working as a law enforcement officer, and access step-by-step instruction on planning, launching, and growing your own business.

Feeling bored, distracted, or lost? Brendan King can teach you the mindset shifts, daily routines, and actionable steps you need to create the life you most want to live.

Wondering whether Brendan King is available to speak at your upcoming event? Mr. King is now booking virtual and live speaking engagements. Get more information and submit your booking request here. 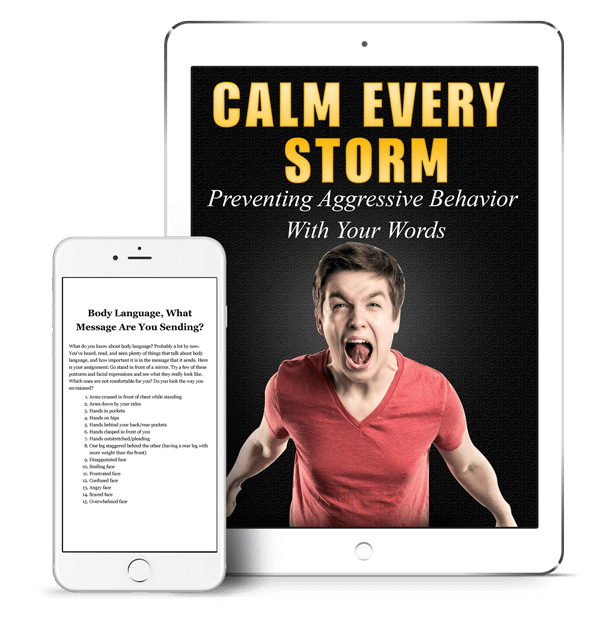 Brendan King is a man of many hats—entrepreneur, speaker, veteran, and crisis prevention expert, to name just a few. Scroll down to learn more about Mr. King’s journey from troubled youth to law enforcement officer to CEO, and discover how YOU can master the art of verbal de-escalation.
Start Here